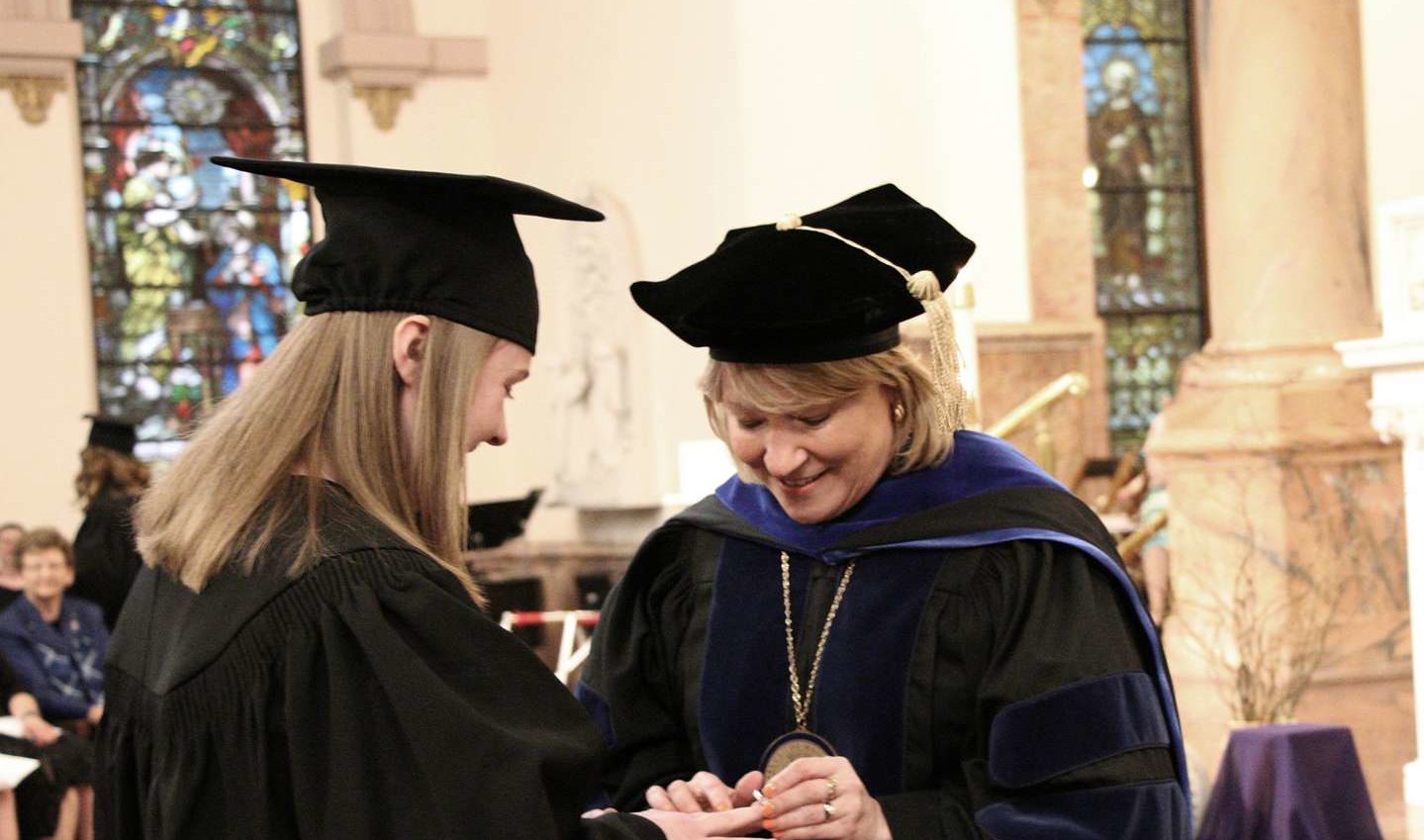 Dottie L. King, Ph.D., is a distinguished scholar and an influential leader who serves as the 16th president of Saint Mary-of-the-Woods College. With a vision deeply rooted in the mission of the College, King leads the institution with a passion for her students and a drive to Aspire Higher.

Through her leadership, the College is experiencing a renaissance with record enrollments, growth in academic programming, an expansion of athletic offerings and a sustained focus on addressing the capital needs of a historic campus.

An agent for change, King has led the College through a series of strategic decisions strengthening the institution and creating new pathways for growth, among which are the launch of a nursing program, the construction and opening of the Jeanne Knoerle Sports and Recreation Center, a mission shift to become fully coeducational and a vision for the Aspire Higher Strategic Plan. SMWC has consistently ranked nationally among the Best Regional Colleges in the Midwest by U.S. News & World Report during King’s time as president.

King has also expanded awareness of SMWC through a rebrand of the institution, introducing the College’s first mascot, Onyx; placed the College on the National Register of Historic Places, strategically expanded academic offerings with a special emphasis on health sciences, became affiliated in the National Athletic Intercollegiate Association (NAIA), doubled the number of offerings for athletic teams and expanded the campus from 67 acres to 311 acres. Visioning for the future is part of King’s strategic and master planning efforts as she seeks to elevate student success and retention, nurture academic excellence and build community partnerships in an environment of diversity and inclusion. King is also working to lay the foundation for the future of the College through the construction of a new residence and dining hall, launch the inaugural men’s basketball team and establishment of doctoral level academic programming.

King has received a number of honors including, the Sagamore of the Wabash, the highest civilian distinction in Indiana, and the Indiana Torchbearer Award and the Girl Scouts of Central Indiana Confidence Leadership Award. King also received the ATHENA Award from the Terre Haute Chamber of Commerce for demonstrating excellence, creativity and initiative.

Prior to Saint Mary-of-the-Woods College, she served as an instructor of mathematics at Indiana State University for seventeen years. Since 2002, King held many leadership positions at the College including an associate professor of mathematics, chair of the sciences and mathematics department, assistant dean and vice president for academic affairs. She was a recipient of the college’s highest teaching honor, the Sister Mary Joseph Pomeroy Award for Faculty Excellence for teaching and another for service.

King speaks on the topics of leadership, strategic visioning and transformation and empowering women through education. She has also delivered numerous presentations encouraging women to persist in the study of mathematics. She loves to travel, bake and spend time with her grandchildren and is currently learning to speak French and crochet.

She holds bachelor’s and master’s degrees in mathematics and a Ph.D. in curriculum and instruction/educational leadership from Indiana State University.

She and her husband, Wayne, are the proud parents of six children and several grandchildren.