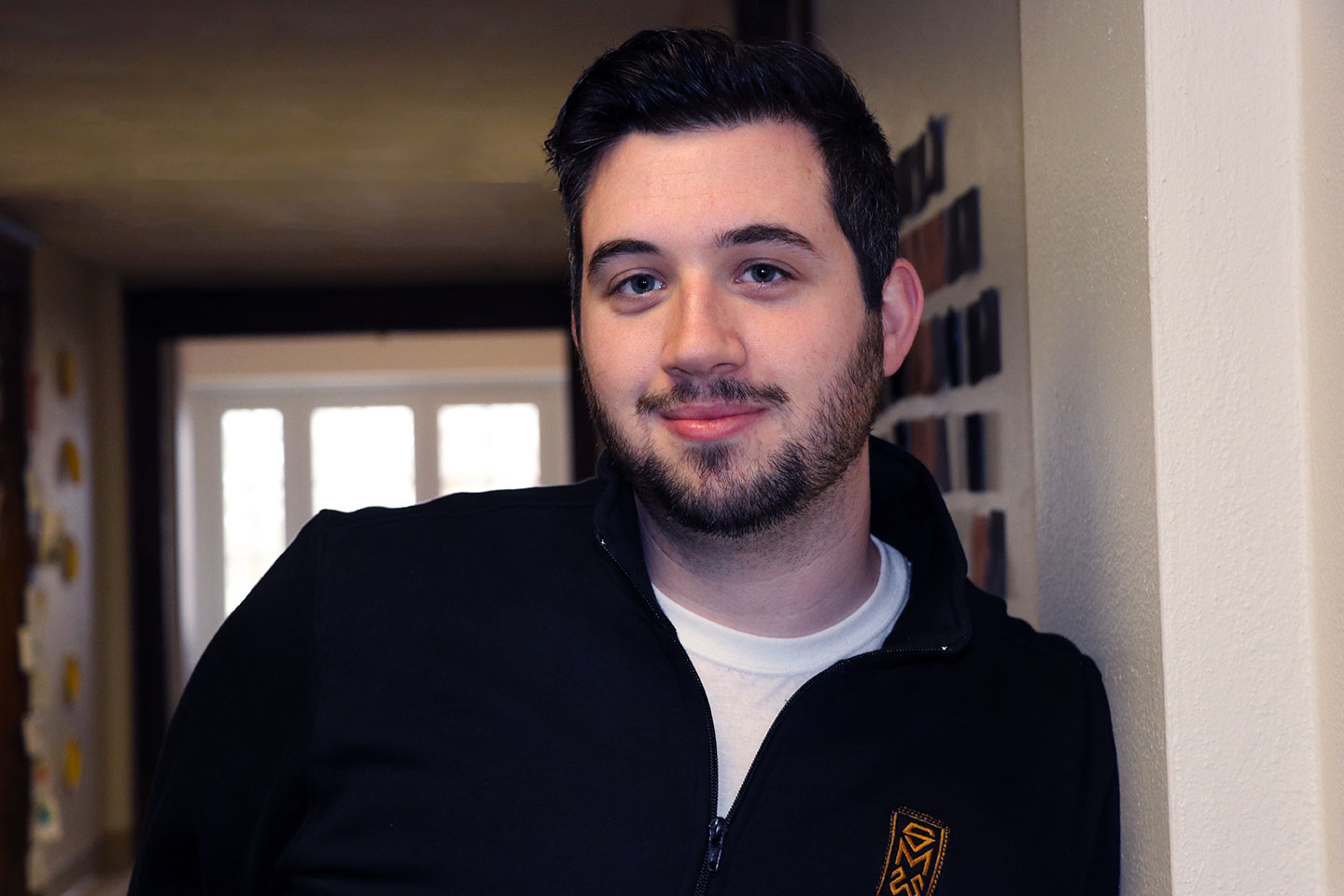 Three years ago, Timothy did not imagine he would find himself at Saint Mary-of-the-Woods College. Now, he is an active participant of the campus community.

Born and raised in Indianapolis, Timothy is used to living in a big city. He also went to a bigger school, Ivy Tech Community College in Indianapolis, before deciding to transfer to SMWC in the spring of 2016. He says he enjoys the environment at The Woods and the personal attention a small college provides.

“Because it’s a small school, teachers know you very well so they want to see you succeed,” he said.  He is pleased with the quality of education he receives from professors who bring “real-world experience” to the classroom, he said.

Timothy was initially commuting from a Terre Haute apartment to the campus, but when men had been welcomed to live on campus the following fall, he moved in. The aspiring teacher has served as a resident assistant (RA) at the men’s wing, a student worker for the Athletics Department, and a tutor for the Learning Resource Center. He is also active in the Campus Ministry Life Team.

So far, classes at SMWC has shown him a bigger worldview and fresh perspectives. He also enjoys the student activities on campus and values the connections he has made. Timothy says the “community” formed at The Woods is one that students cannot get at bigger schools.

Since moving to SMWC, personal relationships had become part of Timothy’s college experience. “Everybody is invested in your success,” he said. “This feels like home.”