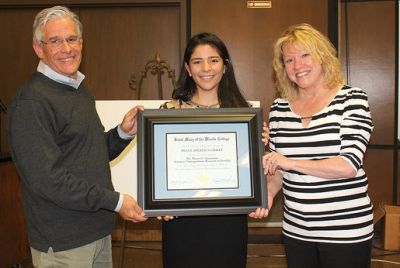 Saint Mary-of-the-Woods College (SMWC) announced its first endowed fellowship for undergraduate research honoring the life of Theresa L. Gioannini, Ph.D., scientist, teacher and 1971 Woods graduate. Gioannini passed away in January 2014. Through the generosity and love for his wife, Jerry Weiss, Ph.D., established the Gioannini Endowment for Women in Science. With this endowment, SMWC is able to offer a Summer Undergraduate Research Fellowship in Gioannini’s memory.

“Theresa was an unbelievably special person, and everything we can do to keep the memories of her alive and everything we can do to recapitulate the spirit and the moral lessons and the drive and ambition in the most modest of ways that she exemplified every day of her life, there’s nothing that makes us happier,” stated Gioannini’s husband, Dr. Jerry Weiss, professor of internal medicine and microbiology at the University of Iowa. 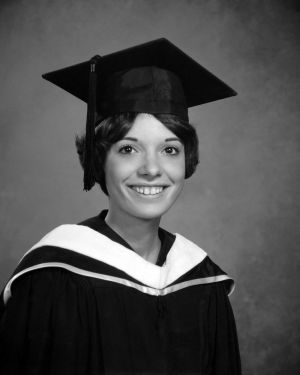 Dr. Theresa L. Gioannini (1949-2014) graduated from SMWC in 1971 with a degree in chemistry, followed by graduate school at New York University where she earned a Ph.D. in chemistry.

As tribute to her life, SMWC formally dedicated and renamed what has been known as the “Woods Student Poster Show” to the Dr. Theresa L. Gioannini Student Symposium.

“Theresa’s life now lives forward in our students and what they will accomplish. Her name will be remembered, and her legacy will go on,” stated SMWC President Dottie King, Ph.D.

As a component of the fellowship, the award winner, Chavez, will have the opportunity to work directly with Weiss and his faculty colleagues at the University of Iowa Carver College of Medicine for 10 weeks during the summer. This fellowship provides a Woods student the opportunity to expand her knowledge and research abilities under a globally recognized expert in the field of immunology.

Gioannini’s family was particularly touched that Chavez, like Gioannini, is a first-generation college student.

“I am ecstatic and grateful to have been chosen as the very first Gioannini Fellow,” explains Chavez. “I am very excited I’ll be in a new environment and gain hands-on experience. I hope to learn great things from Dr. Jerry Weiss and Dr. Peter Thorne.”

Chavez will learn under these two mentors in the Environmental Health Sciences Research Center at the University of Iowa. The project they will be working on involves testing and further development of an improved method for detecting and identifying bioactive Gram-negative bacterial endotoxins in organic dusts.

“We have you go to the University of Iowa for many special reasons,” Weiss said to Chavez at the dedication. “First and foremost, because this was the last important stage of Theresa’s life where she was phenomenally productive. And where we work in the inflammation program with a community of 60 or more people that work together wonderfully as a community and that view Theresa as ‘Mother Theresa’ … you will be greeted with a fanfare like you’ve never had before.” 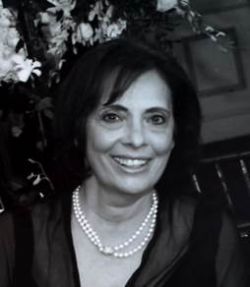 “It was truly Saint Mary-of-the-Woods College that transformed Theresa. I, for 35 plus years, had the mistaken impression that her life was transformed when she met me. Not true,” Weiss joked during his keynote address at the dedication. “It was changed – she had core values that made her who she was, for sure – but the execution of those core values in so many different ways, including but not limited to her profession, all began and emanated from her experiences here.”

Dr. Theresa L. Gioannini (1949-2014) graduated from SMWC in 1971 with a degree in chemistry, followed by graduate school at New York University where she earned a Ph.D. in chemistry. She died Jan. 4, 2014, after a valiant 2½-year battle with multiple myeloma. Gioannini was a moral compass of her family; a teacher and mentor extraordinaire; a friend with uncommonly selfless and generous qualities; and a scientist whose creativity and rigor made possible several seminal contributions concerning opiate and MD-2/TLR4 receptors.

This endowment is a special tribute to Gioannini’s career in scientific research and teaching and her love for her alma mater. Those desiring to further honor Gioannini’s life and work by a donation are encouraged to visit the Gioannini Research Fellowship page.