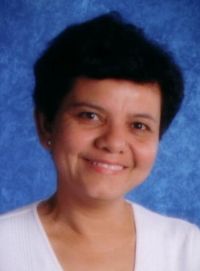 Standing on a street corner in the Los Angeles summer sun, Marvelia Alpizar, then a journalism intern at La Opinion, caught her first big break.

“Michael Jackson had just died,” she explained. “They asked me to go out on the street to catch people’s reactions and take photos. The next day, my story was on the front page.”

“I always loved writing, but when I started at The Woods, I knew very little about journalism,” Alpizar said. “By the time I graduated I had learned and experienced so much.” 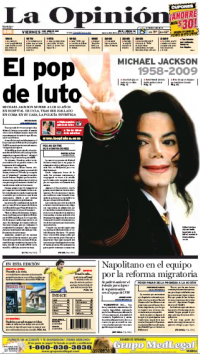 “Marvelia had a firm grasp on her intern duties even though she was telecommuting from South Carolina,” said April Simma ’03, director of major and planned gifts, who supervised Alpizar’s 2008 internship with SMWC’s Office of Advancement. “The partnership was a win-win. The annual giving office benefitted from her excellent communication skills and she was able to get resume-building professional experience.”

Building on those skills Alpizar moved on to other professional experiences, including contributing to CNN’s iReport, a seven-week program where reporters publish their work in stages, receiving feedback from CNN employees every step of the way.

“I was teaching in a tiny town in South Carolina at the time,” Alpizar said. “I wanted to continue learning new techniques in journalism.” Her piece, The American DREAM, includes an article and a three-minute video about the DREAM Act, a bill aimed at helping children who were brought to the U.S. illegally to attend college and gain residency.

“Even though I am a legal U.S. immigrant, I can still identify with these people,” she said. “They really want to study, but they can’t pursue their dream.”

Alpizar produced an article and a video with interviews, photos and quotes from multiple sides of the argument. She researched, wrote, filmed and edited the entire media package herself. The final product, which received positive feedback and encouraging reviews, can be viewed at CNN iReport: The American DREAM.

For Alpizar, even as a distance student, she realized participating in internships and taking risks to enhance your skills was a large part of achieving her own dream. “I was in my 40s when I found The Woods, but I knew I’d never give up no matter how long it took,” she said. “I knew the degree I wanted and now I have it.”

This site uses Akismet to reduce spam. Learn how your comment data is processed.

Sign-up to receive email communications from Saint Mary-of-the-Woods College.
X
WHAT CAN WE HELP YOU FIND?
X