Opened in 1913 with her sister building, Guerin Hall, the Conservatory of Music at Saint Mary-of-the-Woods College is a treasured jewel. The building boasts beautiful and rare materials as well as exquisite design features, which makes it especially significant as part of the Saint Mary-of-the-Woods Historic District. From marble cherubs gazing down from entryways to the ornate staircases flanking the front of the building to the leaded glass dome crowning the auditorium, the Conservatory of Music showcases the grandeur of a bygone era.

The Conservatory of Music boasts beautiful and rare materials as well as exquisite design features.

The Conservatory houses a 735-seat auditorium and is patterned after the Leipzig Conservatory in Germany. It is engineered to have near-perfect acoustics. The original Leipzig structure was destroyed by bombing in World War II, leaving SMWC’s building as one-of-a-kind.

More than half of the $500,000 goal has already been secured for the Conservatory during the silent phase of the campaign. At Reunion 2021, the College launched the Aspire Higher Campaign’s Take A Seat Initiative. With the help of alumni and friends, the additional funds needed will enable the College to complete this important work. Donors will be recognized at the following levels:

In honor of her impressive legacy in music education, the auditorium is to be named in memory of Sister Marie Brendan Harvey ’51, which was announced by President Dottie L. King, Ph.D., during Reunion 2021. An alumna, professor, administrator, musician and founder of the Chorale and Madrigals, Sister Marie Brendan’s lasting legacy includes an impressive body of work that will live on in perpetuity in the auditorium where she dedicated so much of her time and talents.

The auditorium project will include restoration and reupholstering of the art deco era theater seats, plaster and paint repair, the addition of ADA accommodations for guests, restoration of the stage proscenium and lighting updates. Plans also include renovating the public restrooms adjacent to the auditorium and addressing the degradation of the limestone steps and façade.

The Conservatory of Music’s renovation project, a tribute to Marie Brendan Harvey, SP, ’51, epitomizes the spirit of the Aspire Higher Campaign. Donors will support the rebirth of our treasured centennial building while honoring the legacy of an alumna who shared her heart and soul with SMWC through her music. 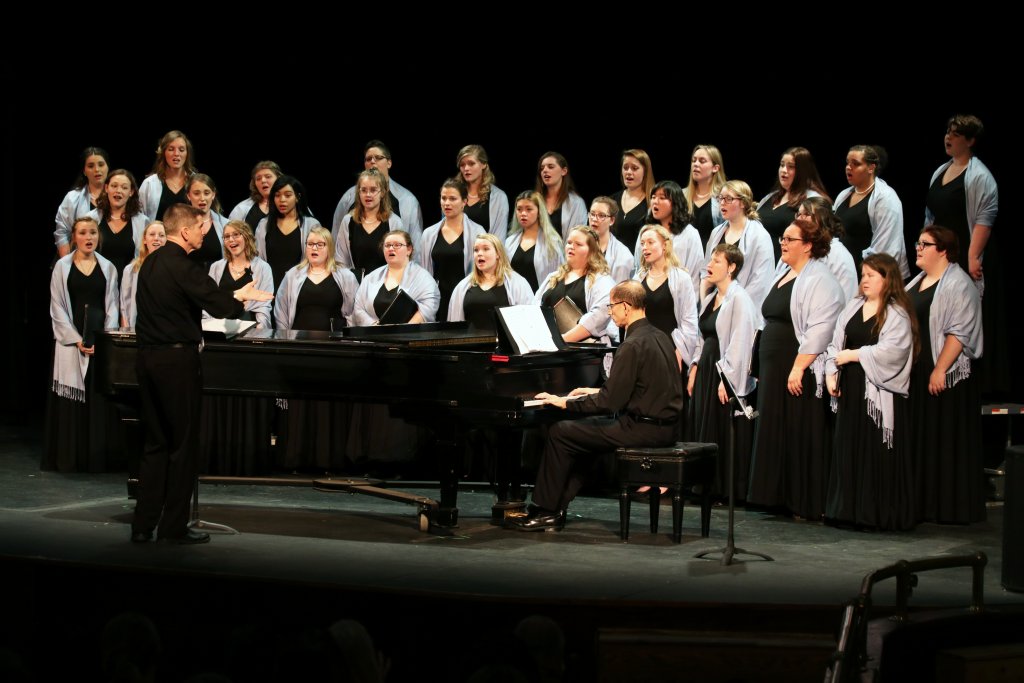 Invest in The Conservatory of Music